Yesterday saw the marriage of Charlie & Lewis at the Steventon House Hotel in Abingdon and what a lovely day it was. No wedding is complete without the ‘frantic panic’ as all hands went on deck to find the missing hairband and clip for the flower girl Sophie! Eventually it was found and only the nerves of the big day ahead was all Charlie had contend with. Meanwhile, Lewis arrived in a 1960’s VW camper van that had been jump started that very morning in order to get it there.
Traditionally, the bride is always late and Charlie did not stray away from tradition. But once she stepped into the the ceremony room you could see the uncontrollable smile from Lewis as pure joy took hold of him! Lewis, along with many of his guests came from an array of RAF, Royal Marines and the Navy and all came in uniform. The military dress looked amazing and the lad’s were all in good spirits. Special thanks to Royal Marine ‘Mich’ for helping with the group shots! That J.D and coke was well deserved!

Despite the cold, everyone had a wonderful day filled with amazing memories, moments, speeches and fun! Of course the evening was not over until the lad’s had jumped started the VW again to get it home. I can tell you it’s not easy pushing a large vehicle like that up to speed on gravel while ‘slightly’ under the influence, but after two attempts the guys got it going! Well done gents!

So all that remains to say is congratulations to Charlie and Lewis on their marriage and all the best for the future! Thank you for choosing Lunar to capture your special day! 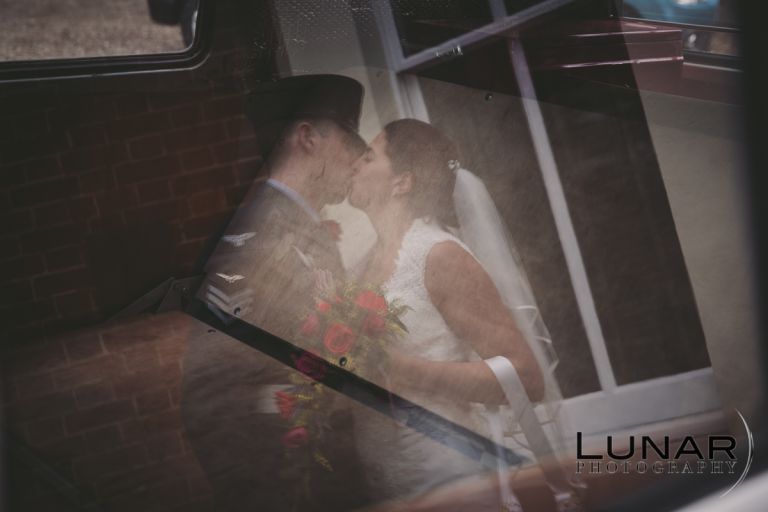